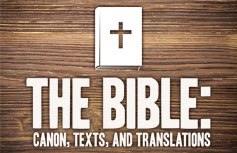 We have had a great start to 2015 with our4th annual visit to the Phoenix area. Peter Williams and Dirk Jongkind were there for the many scheduled events.

On Thursday, January 15 Peter Williams addressed the chapel service at Scottsdale Christian Academy and then spoke that evening to a student and parent group. On Friday, January 16, Peter Williams was one of four featured speakers at an all-day Conference, cosponsored by Phoenix Seminary and the Gospel Coalition of Arizona, entitled The Bible: Canon, Texts, and Translations.

On Friday, January 16 and Saturday, January 17, Peter Williams and Dirk Jongkind presented a Tyndale House apologetics conference hosted by North Phoenix Baptist Church. The title of the Conference was: Honest to God, Trusting Christ in a Skeptical World.

The total audience reached on this visit was over 1,000. Our roots in the Phoenix/Scottsdale area continue to grow deeper. We also had a wonderful time talking, eating, and even hiking with many of our friends and supporters in numerous individual meetings.