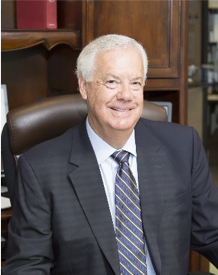 Steve Oman, Executive Director and Chairman of the Board of American Friends of Tyndale House
Attorney, Scottsdale, AZ

Steve Oman has significant experience in providing legal guidance to businesses operating in corporate, partnership and other formats, including general commercial, corporate, merger and acquisition, securities and tax matters. He has served as a director of public and non-public companies. Mr. Oman also has additional significant experience in all areas of real estate law including acquisition, development, construction and sales. A major emphasis of Mr. Oman’s practice for the last twenty-five years has been to provide quality estate planning services, including wills, trusts, powers of attorney and tax planning. Mr. Oman received his Bachelor of Mechanical Engineering degree in 1970 from the University of Minnesota, Institute of Technology, and his J.D. from William Mitchell College of Law, St. Paul, Minnesota in 1975. Mr. Oman is a member of the State Bar of Arizona and the Maricopa County Bar Association.

He was born in St. Paul, Minnesota in 1948 and moved to Arizona in 1986. Mr. Oman is married to Catherine (Kitty) and they have four children. They are involved with a number of Christian organizations. 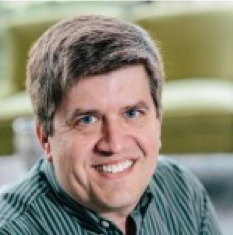 George Davis has served two churches (Hershey Free Church and Salem Evangelical Free Church) as the senior pastor; in each case with the opportunity to follow the church’s founding pastor. These experiences have included the challenge of leading a church community into a new season of ministry, while not losing the church’s rich history and heritage.

Rev. Dr. Davis holds a PhD from the University of Cambridge in New Testament and attended Southern Baptist Theological Seminary. He is also a member of the Board for Regents/Trinity International University. 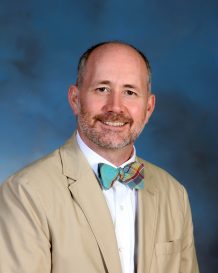 Brad Green is the author of several books, including The Gospel and the Mind: Recovering and Shaping the Intellectual Life (Crossway, 2010), Colin Gunton and the Failure of Augustine: The Theology of Colin Gunton in Light of Augustine (Wipf and Stock, 2011), and Covenant and Commandment: Works, Obedience, and Faithfulness in the Christian Life, New Studies in Biblical Theology, (IVP Academic, 20154). He also edited and contributed to Shapers of Christian Orthodoxy: Engaging with Early and Medieval Theologians (IVP Academic, 2010). He has also published an introductory volume on Augustine (Christian Focus Publishers), as well as a volume in InterVarsity Press’ Reformation Commentary on Scripture. He has also contributed essays and reviews to International Journal of Systematic Theology, Chronicles, First Things, Touchstone, and The Churchman.

Brad and his wife Dianne have three children—Caleb, Daniel, and Victoria. Brad and Dianne also helped co-found Augustine School, a Christian liberal arts school in Jackson, Tennessee. Dr. Green serves on the Board of Directors at Augustine School, and serves on the Board of Directors of American Friends of Tyndale House Cambridge. Brad has served as Writer-In-Residence at Tyndale House Cambridge. 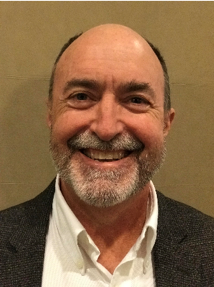 Jack Hodge founded J.A.S.C.O. Distributors Inc. in Dallas Texas IN 1985 and opened an additional warehouse in Atlanta GA in 1994. J.A.S.C.O. imported and distributed import auto parts from Japan and distributed nationally until he sold the company in 1999. In 2002 he became a consultant for Remy International in Anderson Indiana, retiring in 2006. Still devoting his life to service, Mr. Hodge serves on the Boards of American Friends of Tyndale House, Cambridge, and Advisory Board, CSNTM in Dallas; and formerly served on Advisory Board for Josh
McDowell Dallas Ministries.

Jack and wife of 31 years, Laura, reside in Dallas Texas and have two adult children, Jack and Natalie. Jack enjoys fly fishing, travel, and assists in maintaining his family of origin’s farm and ranch. 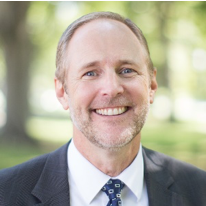 Ken Magnuson is Executive Director of the Evangelical Theological Society. He also serves as Professor of Christian Ethics at Southwestern Baptist Theological Seminary in Fort Worth, Texas, and as a Research Fellow at Phoenix Seminary in Scottsdale, Arizona. Ken earned a PhD at Cambridge University in Theological Ethics. He and his family spent 4 years living and studying at Tyndale House during his doctoral studies and later during a sabbatical year. He has taught Christian ethics for more than two decades, seeking to expound on what it means for God’s people to walk in a manner worthy of the Lord (Col. 1:10). He is author of the book Invitation to Christian Ethics (Kregel, 2020).

Ken and his wife Katherine have four children and live in Phoenix, AZ. 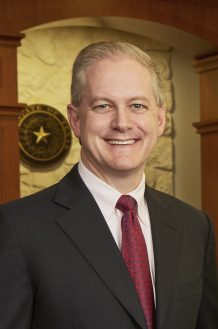 Christopher Martin is one of the most recognized insurance attorneys in Texas. He is the author of three legal Treatises on Texas Insurance Law, he is a frequent speaker at state and national insurance programs and conferences, and previously he served as the professor of Insurance Law at the University of Houston Law School for 10 years. He has tried numerous insurance coverage and bad faith lawsuits in Texas and in 14 other states and he has received multiple recognitions for his skills in trying insurance lawsuits.

He and his wife Natalie live in Houston and have four adult children. 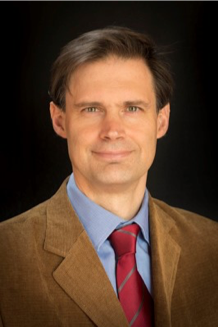 Peter J. Williams is the Principal of Tyndale House, Cambridge, a world-leading institute for research of the Bible. He received his MA, MPhil, and PhD from the University of Cambridge in the study of ancient languages related to the Bible. Formerly a Senior Lecturer in New Testament at the University of Aberdeen, he now teaches Hebrew in the University of Cambridge. He is a member of the Translation Oversight Committee of the English Standard Version (esv.org) and is Chair of the International Greek New Testament Project (igntp.org). Having written and edited several technical books, his first readable book was published with Crossway at the end of November, entitled, Can We Trust the Gospels? He is married to Kathryn and they have two children. In the summer he leads a beach mission in France. 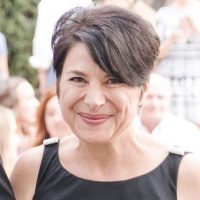