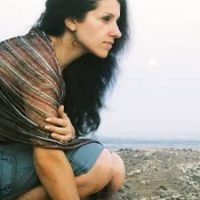 By Dianne MooreDecember 11, 2018 No Comments 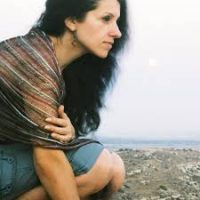 Be inspired by this glimpse into the life of a Tyndale House Alum who is taking the Gospel of grace into dark crevices of our world:

Myrto Theocharous, received her doctorate in Hebrew Studies from the University of Cambridge while studying and residing at Tyndale House in 2007-2010. At present, Myrto is Professor of Hebrew and the Old Testament at the Greek Bible College in Athens, Greece, but her work is not limited to college auditoriums. Myrto has a deep concern for women in Greek cities who are trapped in human trafficking and prostitution. She has been involved in an outreach ministry for their care and rescue and now she is writing and speaking on the issue of sex trafficking from a biblical/theological perspective.

“I focus on sex trafficking, … primarily because this is the area with which I am most familiar with from the street work I have done at the red light district of Athens, actively seeking, rescuing and rehabilitating victims discovered in brothels and in the streets. My passion is to reflect and write on the relationship between theology and social issues such as this one. The Bible has so much to say about our current problems and can offer a lens through which we may examine our world and the church’s role today.”

From the roots of Tyndale House, Cambridge, God is bearing fruit through the work of Myrto and her team in Athens, Greece. We thank our donors who help support present readers at Tyndale House and we look forward to bringing you their stories as they go out for the fame of His name.